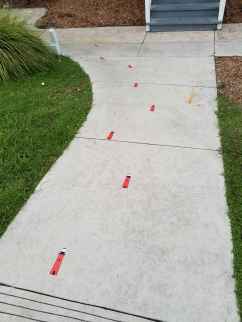 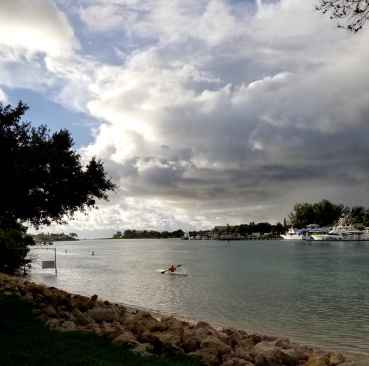 I came to the place you see in these pictures this drizzly morning at 7am and found a group of mostly old men sitting on plastic chairs in a circle on the grass by the water.

I sat in an empty chair in their circle and waited for someone to speak. No one said anything for a while, and then a fellow in long pants and a long-sleeved shirt spoke up.

He talked about changes in his life, and when he was finished, another man spoke up. He was much older, and he talked about how he used to be an engineer and was good with IBM mainframe technology once but now found his new laptop deeply confusing.

Another man spoke about nearing retirement, and how he was watching protestors on TV march and throwing smoke bombs at the police. He said he was ashamed that he had wished the police would hit them on the head till they went away, and he said also there were so many changes going on and he did not how he was going to deal with them in retirement.

Another man said he had been doing well for a number of years but did not see the point of much of anything anymore, and then a woman spoke up, and she said that she’d been struggling too, and that she would pray for him that night.

There are so many changes going on in American society today, even here, in this sleepy, incurious Florida backwater, where golf and football and drinking beer and fishing and fine winter weather have been a good way of life for many, particularly those who are no longer young.

But now even those who voted a certain way because they did not like the changes they were seeing around them are beginning to wonder if they had been right about their choice. They wanted the world to stop changing so fast, but now they found themselves still at sea in it, still lost, and bewildered, the newly recharted course suddenly perilous and uncertain.

I do not know what the future is going to bring in this part of America.

All I can say is that I have never felt more calm and mentally alive and ready to engage in the next stage of my life.

I generally dislike guru speak, but I suppose the sanest thing to do is let go of the illusion of control over the powerful tides coming in through the inlet, but still navigate to some goal that seems worth pursuing — at least for a particular moment in time.

Just like that guy paddling in his canoe along the river, seemingly without a care in the world.

4 thoughts on “The paddler on the Loxahatchee inlet”