El Gouna in Egypt is a high-end resort town on the Red Sea that is serious about all things sportif.

Here are some pics of my wife hitting tennis balls with Murid, the club pro at the Gouna Tennis Club. 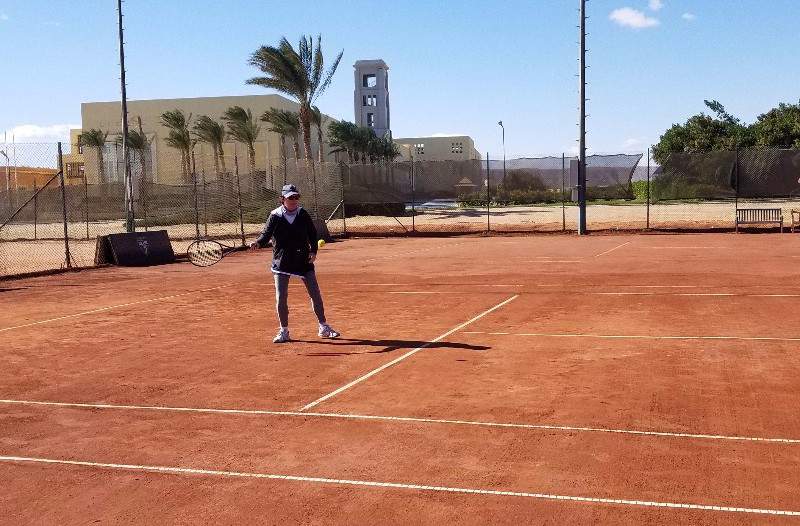 Call me uxurious, but I think she played terrific!

My wife had the following to say about playing with Murid:

Generally, I’m quite shy and nervous about playing tennis with anyone new–Murid was great; he made me feel comfortable and was very encouraging. I’d never played on red clay before, it’s kind of like playing in dirt, the ball doesn’t bounce very high and takes a little getting used to it. Also, it’s very windy in Gouna and that is tricky and I would always prefer a still day even in FL. You have to use top spin in the wind a lot which is not my strong suit either– I kind of do a hybridized top spin  but not the real deal.

Later, we repaired to Mood’s in Abu Tig marina for a well-deserved Gouda burger, with fries and turshi, or Egyptian pickles.