So I went downtown before the 2PM Eibar vs Real Madrid game to get some mahshi (stuffed veggies) from Caleo.

Picked up shaving cream along the way; boy they are really tearing downtown Gouna apart for a bridge walkway over another artificial canal that is being built.  No sure why any of this is needed, except to continue with the so-called Venice effect; it will also keep the dreaded tuc-tucs out of the area, which used to be a big cruising spot for them: in fact, when my wife visited in January, one of them harassed us around there. I’ll leave it at that. 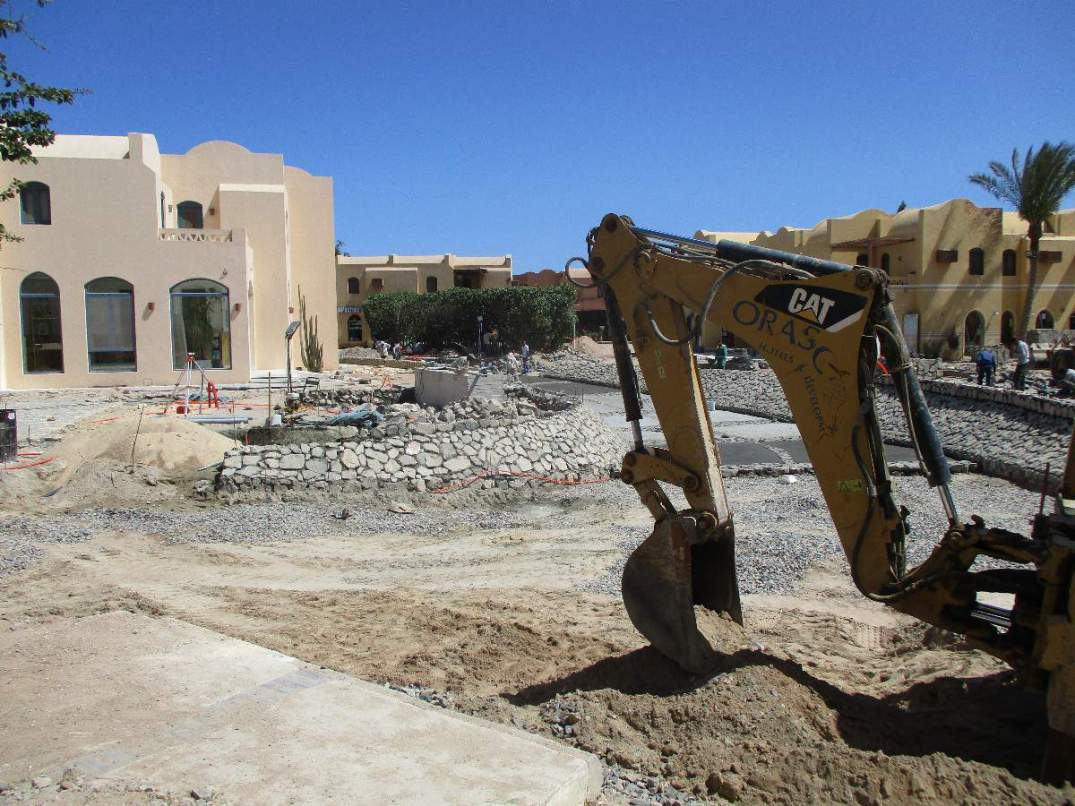 The mahshi would not be ready till 3PM at the earliest, so I picked up the same dinner I had last night (see previous post) for only 50LE, or about 3 US dollars, and was cheaper by a dollar than the Gillette shaving cream. Funny how the exact same meal cost 3 times as much last night, when I was with my friends.

Delicious and very nourishing.  I have been eating meat for two days now and feel much stronger. And the topper is, Real won, although the club was dominated much of the time, and Ramos in particular played a really s***ty game.