Another victim of the murderous Egyptian dictator, abdel-Fattah El Sisi. I hope Egypt is punished by the US to the fullest extent possible for all the Human Rights abuses perpetrated in the country since El Sisi’s Gulf-financed coup.  I am never returning to Cairo, where I grew up, until Masr has a freely and democratically-elected President who represents all the people of Egypt. This probably means I shall never set foot in Egypt again. Kassem was, just like me, an Egyptian emigrant who landed in NY, and became a naturalized US citizen.  You might want to read this piece, which appeared in the NY Times in 2018. It was written by his brother. He describes the tragic circumstances of Mustafa’s arrest in 2013, when he was in Egypt roughtly around the same time I was.  In Egypt, many refer to El Sisi as ouzz’a, which is Cairene slang for dwarf. Rarely in modern Egyptian history has a leader of this storied country appeared so small and morally diminished. My sole comfort is that few are likely to weep when Sisi meets his inevitable fate.

Third day in a row that the daytime temps are reaching the low to mid 80s in El Gouna, Egypt, as opposed to the awful nor’easter weather poor Mum has had to endure back in Westchester.

Turned on the AC in the TV room for the first time this morning. With the low wind, and the heat, flies and skeeters are back, necessitating that I retire at night to sleep in The Tower of Isolation.

Today’s two big events: the pool and the match.

I may be able to finally use the beautiful pool that I’ve only looked at since moving to this villa in mid December. Up until now, it was cold as ice, but now the harara is climbing enough during the day that it may be comfortably swimmable by early afternoon — we shall see; as I noticed when I went to take the pic you see above that some weekend mamelukes are shouting in that bullshit macho way that Egyptian guys love using when talking on the phone, and the irritating sound’s coming clear across the lagoon.

Also, I don’t know if there is chlorine in the pool; don’t smell it, at any rate.  Many birds stop by here to wet their beaks. With my toe injury still healing, could I contract avian flu by swimming in gorgeous but contaminated water?

The other big excitement around will be to watch Barcelona vs Atletico Madrid at 5:15PM.

For the past weekend, I cut down my consumption of food to 1 bowl of peanuts (for the protein) a night + plenty of water + vitamins + the Synthroid pill I must take every day to continue living. I keep forcing myself to eat this way as some of the stomach and face fat has been quite reluctant to come off, but come off it shall; I’m going to force the issue now.

But for the first time. I am starting to see the faint outline of my cheekbones as the jowls slowly melt away in the desert heat.

I have not been able to walk much during the past 3 days due to the fall I sustained a few days ago outside (just a knee scrap and bruised wrist) and injured big toe, but I am being careful:  I am using antibiotics and real Listerine (alas now gone, and which cannot be replaced here except with a zero alcohol version, which makes it useless to treat wounds, and you cannot even buy rubbing alcohol in the pharmacy here), and making sure the toe doesn’t get infected.

Also the pool push ups that were working so well to vaporize the moobs have stopped temporarily as my wrist heals from that nasty fall, which, I hate to say it, was caused by Sandy the cat who darted in front of me as I was going down the steps outside taking out the garbage.

So the way it looks now, I move out of here between next Tuesday (the 13th of March) and Friday (the 15th), and depart Egypt entirely on Saturday the 14th of April.

I will probably stop by New York on my way to Florida, and spend a few days with my Mum, who is going through a rough patch @ the moment. I most likely will not pass by Cairo and see my relatives there on the way back, for a variety of reasons, including the heat and hassle of it all.

The news from America keeps getting stranger and stranger by the day.  The latest titbit of White House corruption to interest me involves Jared and the UAE and a shadowy Arab-American figure called George Nader, much if not all of this delicious development has gone unmentioned in quasi official media here.

This Trump White House is turning into some old school American spy novel, which each new revelation being some horrible page-turner reality show disguised as plot twists in some masterful International cloak-and-dagger fiction: the mad President, the corrupt son-in-law, the dishonest sister, the Likudi prime minister staying one step ahead of the police, the grifter-glam daughter, the ex con Joisy father-in-law, the shadowy Lebanese operative, the deeply compromised porcine Americo-Jewish Trump fund raiser, the swarthy Gulfies in beards and flowing robes, and the money, always the money in some cynical political exchange in return for providing the means to keep afloat the white albatross of the Manhattan building aptly known as 666, which I actually went to for a legit job interview in the 80s, not realizing I could sell America down the toilet as part of some real estate deal, instead of actually, you know, holding down a real job.

The heat is on, and it’s going to get a whole lot hotter by the midterms.

You can count on that, especially if current majorities in the House and Senate are preserved by outright voter fraud, gerrymandering, the attempts by Republican legislative scum to kneecap the Mueller investigation, and further Russian manipulation of Trump’s eleemosynary base, who mostly get nothing but scraps off the Mar-a-Lago table, as ultra rich swine dine together in ever extravagant luxury, not believing their luck, as the sadly uneducated old geezers in trailer parks who barely get by on SS checks and Medicare, SNAP, Medicaid and SS disability payments, continue to swallow the Big Fat Republican Lie, no matter how manipulative the FOX news crowd gets, no matter how much damage these craven people are doing to the United States and its interests at home and abroad, no matter how tragically American society in the devastated heart of the country turns into an opioid-infested, gun-loving death cult that is self-imploding on an accelerated basis, wherever you look that once used to matter.

It’s going to be harsh, brutish fun to watch in the coming months all that unfold, but meanwhile I still have 6 weeks to enjoy life in the complete slice of unreality that is here in El Gouna.

And that’s how it is, today, on Sunday March 4, 2018, on the shores of this deeply superficial, snotty Egyptian resort, where my knottiest problem today is, should I dip my toes into the pewl, or not?

UPDATE: I went downtown and ordered the flash card reader. It should arrive at noon tomorrow. By the way there was no 12 o’clock bus to take me there from my house; so I waited around for a while, then finally it came half an hour late. New bus driver. These guys don’t seem to last long; the Gouna bus service is, as usual, an abomination — with the lack of suspension, no AC, and doors that do not open properly. It was hot downtown, so all the pestering biting flies were out, so I just came right back, instead of having a pleasant lunch as was planned. I’m in no mood for the Gouna micro Egypto chaos scene today, which downtown was, despite the main square being empty, except for lots of shisha people sitting around throwing off massive carcinogenic pollutants, and tuc tuc shitheads pestering “Misters” every which way but loose, and storekeepers doing their brain dead “ha-lo, ha-lo, welcome to Egypt” moronic thing anytime time they spy a tourist within earshot;  I don’t have to be subjected to any of that crap. Meanwhile a bunch of what are called here “guests” seemed to have rented the place next door for the weekend, for as I waited for the noon bus that never came, five young greasers that I’ve never seen before, all packed in a dented white sedan, swerved into the driveway next door, and then I heard the unmistakable clinking sound of cases of Instant Courage being unloaded from the trunk, and lots of raucous laughing, as they scurried around the place like talking roaches. Moments later, the music started up. This promises to be yet another Gouna weekend from hell. Good thing for me I have earbuds and a comp and a TV that can I can blast all night. Good thing for them it’s not ’85. 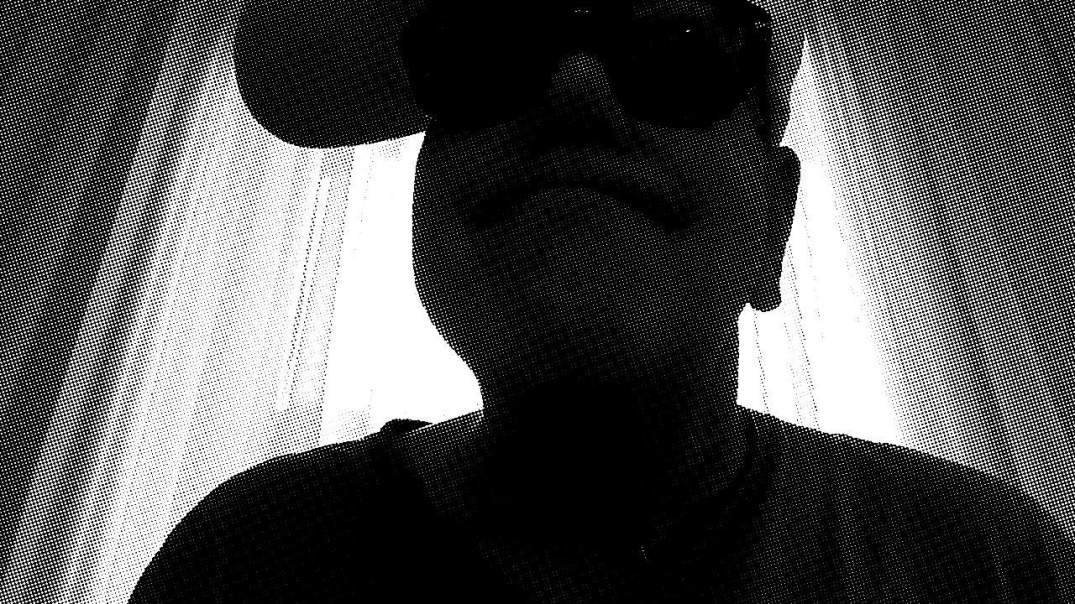 It’s warmed up today, so I’m going to town to have lunch and buy a replacement for my SD card reader, which I cannot find anywhere. I must have left it in the Abu Tig marina apt when I moved here.

Too bad I can’t simply slip the SD card from my camera into the Chromebook Plus, but’s it’s a micro SD card slot, so it won’t fit. 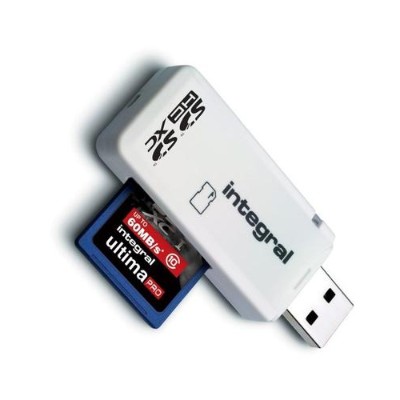 I’ve put in a formal bid for renting the new villa, and am awaiting a response.

I also called Cairo to make sure my relatives will be around when I go back up in two months.

If the rental goes through, I plan to to take the el cheapo GO bus to Cairo around mid April, then hop on an Egyptair direct flight to JFK, then maybe stay in NYC for a few days, or maybe not, before returning to Florida.

Should everything go okay, I will be back here in early October, and stay for 7 – 9 months — far FAR away from all the you-know-what from you-know-where about you-know-who.