On the last weekend of 2019, I find myself in a somber, reflective mood.

What will 2020 bring? Another waster year?

Where’s my head at, right now?

I have lost interest in almost everything that used to fascinate me.

I find most people who are obsessed with current affairs predictable, obvious, and rather tedious. I rarely watch MSNBC any more. I do not follow the latest anything, just some tech stuff that I like to keep up with.

I do not find memes clever or political intrigues fun or Twitter entertaining.

I find myself sleeping in honey, a quirky Egyptian expression that means becoming indifferent.

So, other than getting in shape, and teaching our new German Shep puppie good table manners and how to behave in company, what should I do with myself in 2020?

Well, I’ve gone back to books.  Lots of books. You know:  with actual paper pages and all. I have a whole library of rare or unusual tomes. both fiction and non, at home that I have yet to read.  And others not yet published that I intend to acquire. Like this non-fiction book. Or others, still, like this one, that have been.

I am trying to understand what happened. Maybe someone can explain it to me.

I find it tragic that the world is in this state.

Not a paranoid, endtimes, tin foil hat nutjob, but it does appear that much of the planet will be ecologically destroyed by 2050. Pity, that.

In Europe, the institutions that took the West centuries to build shattered. Elsewhere, entire populations vaporized by starvation, heat and war. The fragile culture of tolerance decimated.

After all, there’s a fantastic chance I’ll long be dead by then.

So why give a shit?

Who cares what happens after people my age are gone?

As long as I get mine.

Well, lots of people still do.

But unless the many who disagree with where things are heading rise up as one and squash the Morlochs, those who are now young will most likely be destined to remain economic serfs forever — if they survive at all.

The few cannot be allowed to continue to rule the many. America isn’t fucking Syria or Egypt.

If the 2020 election is going to turn out the way I think it will, the outcome has already been decided; an invisible finger will tip the ballot scales wherever needed, especially in havens of corruption such as Florida.

What will it take for the majority in this country to stand up and refuse to be governed by a cabal of devious slimeballs who will stop at nothing in their quest to rule by subterfuge and lies?

I am hardly the only one convinced that, after November, unless someone other than Maldoror is elected, this country will complete its devolution into a sort of uneasy agglomeration of warring primitivist fiefdoms, encircling a handful of enlightened cities.

The latter will be peopled by the bright and young and the privileged old.

They will be compelled to pay kneepadded tribute to the hog-riding cottagers as the price of being allowed to live in a manner that we still think of today as liberal, while the rest descend into ever more derangedly Neanderthal, fear-based tropes.

New York, Chicago, Boston, SF, LA, Seatlle, Austin, and maybe one or two others. That’s pretty much it.

If you are unlucky enough, due to age, or perhaps de facto poverty, to be trapped anywhere else, it will be like living in the Malebolge. “Nativism” is used without irony by talking heads to describe chest-thumping, flag-waving residual interlopers in Red America, a term that fudges the reality that none of them are autochthonous.

Will the good burgermeisters of Westchester, NY, for example, jeapordize their juciy 401Ks by manning the antifa barricades —  should the nation begin to succumb to all-out fascism?

Ask yourself, if you are, say, a millenial software developer making 250K per with stock options, would you seriously risk all that for social justice notions such as personal freedom from goverment and tech surveillance, racial, gender and economic equality, and true democracy that discriminates against no faith, creed or ethnicity? 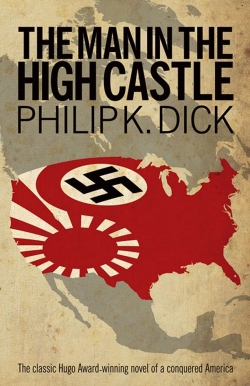 Or will you stand by, as many French did during the Nazi occupation, passively watching today’s Jews — who in America’s case are its safe bogeymen: Muslims, of course, as well as the “hordes” of brown “illegals” — be carted off in cages to a fate you would rather not know about?

Rachel, Chris Hayes, Tom Friedman, Paul Krugman and even Ezra Klein will wring their hands, no doubt,, and tsk tsk in the Liberal media, and brave politicians such as The Squad will surely expresss their outrage, but this shall be an outrage that fails to stop the right wing  project whose triumphant ascendance seems inevitable and in fact almost complete — unless we are ready to stop it, once and for all — if that is even possible at this point.

It was used in the context of the “red menace” — spearheaded by the Soviet Union, and of course China. Who would ever have thunk it that Eisenhower-era cold war hysteria would one day turn into the good old days.

Now, if the Democrats let themselves be raped, again, this November, as happened in 2016, and before that in 2000 — the dominos will fall everywhere, and millenials may inherit a world largely akin to what you can now view on Amazon in The Man in The High Castle.

Tomorrow belongs to you.