“I want the web to reflect our hopes and fulfil our dreams, rather than magnify our fears and deepen our divisions,” Sir Time Berners-Lee, quoted in today’s Guardian lead.

“What if, after technology allows us to reveal our inner voices, what we learn is that many of us are authentically toxic?” Andrew Marantz, in a current New Yorker piece.

The insidious Orange Lout continues on with his vileness; the recent weekend rally in Pa was pathetic in its bald-faced attempt to rile Liberals — I will call them by their true name — at every possible opportunity.

Disturbissimo was the visual of all those airhead, young, right-wing women at his back, some aiming their smartphones at the obscene creature speaking before them, some jiggling their jigglies, as they jumped up and down in delirious proto rapture, programmed to react to every fascist dog whistle.

In particular, the deliberate, calculated offensiveness of seeing to it that the news networks prominently televised young women holding up signs that in effect conveyed the message that Women support a sexual predator was about as twisted as right-wing Americana gets.

Young and principled conservative women with outstanding career prospects? Or eye-candy bought and paid by some nefarious pro-Vileness PAC? Who knows? Maybe they were fleshware trolls — aping the bigly troll of them all — who love to make Liberals bristle. Maybe they were just some clueless skanks who’d been duped into carrying those signs for their 5 seconds in the limelight. If they truly support him, and grasp fully what that implies, then whatever horrible tragedy happens next shall be on their dance card for the rest of their lives, way back home at the trailer park, with the out-of-wedlock kids, the Fentanyl, and the Wal-Mart or waitress job at Denny’s.

No one in Gouna cares about that stuff. Hell, they’re even oblivious to what goes on in Cairo.

Here it is about how to earn a mazag living off the tourist euro.

How to find a crazily improbable way to rise above subsistence wages — if you’re, say, an enterprising young guy making 4,000 LE a month (about 200 USD) — despite the suffocating stranglehold that many foreigners, some shady, some not, and of course connected Egyptians, have on much of the choice businesses and locales and opportunities to make the real money.

I’ll be moving my stuff out of this villa in two days, and checking out officially on Thursday.  It is going to be a real problem saying goodbye to Sandy, the cat who adopted me. She has increasingly been my constant companion since late December, and spends more and more of her time inside the house. I don’t let her spend the night, because there’s no litter box here.

I woke up this morning around 6am and opened the screened windows in the kitchen to let the fresh air in. This is my usual ritual, prior to making the Turkish coffee I brew every morning, and taking up the broom to sweep out sand that the desert wind has brought in during the night. Suddenly I hear an unusual noise, and there she was at the window sill: having climbed up the front of the house to greet me at dawn. 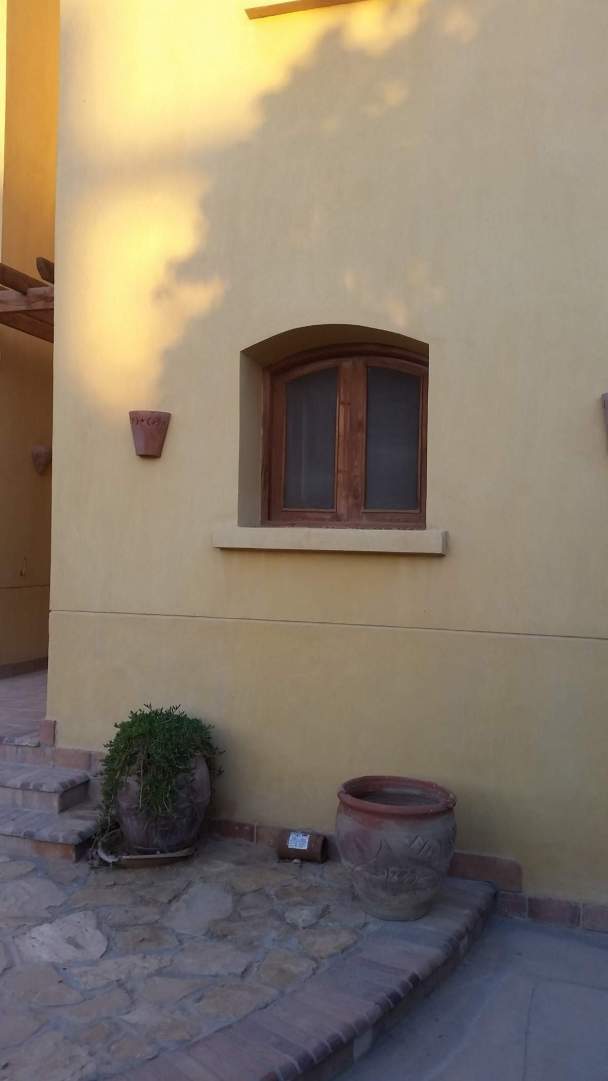 I let her in. She nibbled on some kibbles, then went to sleep in the living room on the carved wooden couch, as has been her wont as of late.

Then I settled down to drink my coffee and read the news, which in my case means catching up with what is going in NYC, which I consider my home town.

The horrifying helicopter crash in the East River immediately caught my eye, as it took place around 88th St, where my wife and I used to live in the 90s.

I read about it in this article in the Daily News, where I came across the name of a Manhattan resident — Tuan-Lung Wang — who lives around where my wife and I used to live. He had witnessed the crash as he was “chilling” in his living room with his wife.

For some reason, I was curious about the name, so I googled him.  Turns out Tuan is a young software engineer, who works at a NYC financial software firm called Axoni.

Intrigued, I googled them, and became fascinated with their distributed financial products ledger technology.

Soon I was lost in the buzz world of bitcoin,  blockchain implementations, Scala, Ocamel, and Byzantine fault tolerance.

I used to revel in this sort of stuff in the 90s when I worked for five years for a buy-side firm that purchased a variety of financial products from Wall Street as a hedge for their own financial product offerings.

I truly loved that life.

I loved living in Manhattan, hanging out on the Upper East Side, being with my wife in that tiny apartment as we struggled to finally make it, but also, crucially, I loved the completely abstract nature of my work — which was often about digitally modeling some imagined yet real world scenario in some profitably tradeable way.

Then I thought back to those women at the PA rally — and the sorts of people who probably listened to the speech on FOX; most likely, they would never have any idea of what type of work someone like Tuan-Lung Wang performs, and might even resent him for living well in a place like Manhattan, and possibly be suspicious of him due to his name, and for not having to depend on 19th century technology for a living.

It has been a long time since I lived in NYC; about the same time that I have been out of programming or systems analysis or leading the deployment of complex large-scale financial systems — which is typically a young man or woman’s game.

I do miss it, because probably that was the one period in my life where I was most engaged, intellectually, in my work. Especially considering that, some years later, I found myself wondering if, in my 50s, I could physically risk applying for a no-bennies job unloading UPS delivery trucks in a warehouse in the summer Florida heat. I didn’t, but ended up in the ER anyway.

There will be other days, and other opportunities ahead, but at my age, a sense of gloomy realism must prevail, but only in the sunniest manner possible.

I had finished my coffee and was now ready to get on with it. After all, The Best Exotic Marigold Hotel just came on. Fantastic movie for an old coot like me to be watching while in Egypt.

Funniest line so far, Judi Dench’s “what exactly is a tuc-tuc?”