Because I felt unhappy and trapped, once again, and instead of drinking my face off, which I used to do regularly as a young man, I’ve been hitting the Publix ice cream sales with disconcerting regularity and chowing down at restaurants like the Southern Pig and Cattle Company where I always order ribs with a side of breaded okra.

Speaking of pigs, I thought I would feel a sense of tense satisfaction at watching the disgusting presidency of Donald Trump implode.  I don’t at all.  Now that I am back in Florida, I can see that the middle class and upper middle class monastic retirees who infest the Sunshine State think nothing of his shenanigans.  They are so beyond any form of redemption, it isn’t even funny.  So, it’s time to blow this pop stand once again.

Next week, I am going with my beautiful wife to Manhattan.  We will be staying at the Marrakech on the UPW.  We lived in that neighborhood for much of the 80s and 90s, before moving to Greenwich, CT.

Our plan is to spend 10 days taking pics of our old haunts, maybe go on an anti Trump march, if one takes place while there, go by Trump Tower and have a pic taken with me giving the bird to the orange asshole, and then go visit Mum in Westchester.

For those who have been following my blog since last September, when I left to live in Gouna on the Red Sea for 7 months, well, the return to Egypt is now definitely out — for two reasons. 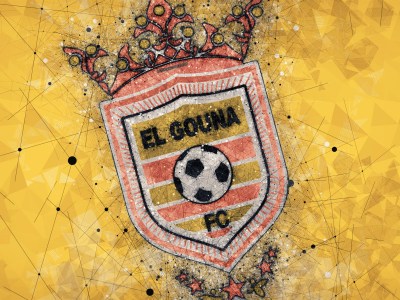 One, the owner of the “Sandy Villa” (Sandy is the name of a cat who adopted me there) does not wish to rent to the place for an extended period, and, Two, President Peepee (this is the tinpot army dictator who took over the country in 2013) was darkly “warning” people this past weekend about spreading rumors or criticism of his administration.

Well, fuck Peepee and fuck his corrupt friends. Egypt is nothing more than a Gulag for most Egyptians, except for that thin veneer of entitled Pashas who live in places like Gouna.  Pretty much had enough exposure to that sort of smug nonsense, last time round, and see no reason to return to the land of jails, hustlers, flies and mosquitoes.

I want to live in a clean, free place, that’s affordable, and in Europe somewhere, with beautiful architecture, and far far away from the classless and suffocatory nouveau riche pomposities of trumposity, or the porcine racism of the like of Ron Desantis, a Florida sleazoid politician whose pandering in this vid to the right wing shitheads who live in this state make you want to puke upon hearing the word Republican.

Lisbon springs to mind… it’s hip and it looks like the country has turned a corner, going past the austerity measures suggested by the EU, and is now enjoying the fruits of a refreshingly vibrant economy. There is a sense of things happening, unlike here, in Florida, which is really not much beyond being a deeply corrupt, racist hangout where old people come to die.

Meanwhile, it doesn’t hurt that the US dollar is gaining nicely against the Euro. At 66, I am far from ready to pack it in.  Many miles go before I sleep, and all that, so stayed tuned for more iconoclastic adventures of yours truly, as I continue — like a Candide, but with a well-thumbed copy of Zadig in his back pocket — to search for truth, beauty, happiness, and what used to be the American way, before the aging fascists took over the joint.

Did I hear anyone say Lisbon is beautiful in mid September…?